In China, the fakers of bearings are becoming more and more common. Why is this happening? First of all, we must fundamentally find some reasons. In China, where there is a cheap labor force, as long as the wages are almost the same, a workshop worker will be recruited. Then you can start production. [Don't consider the problem of equipment here, as long as it can open the factory, it must be a rich gold master.] Now there are equipments with money, workers who want to make real bearings or want to fake bearings are actually in the boss's thoughts. . The profit in the bearing is actually very big. If a bearing can save a dollar in cost, how much can a car bearing save? This should be the sentence: "The world is full of goodwill, the world is all good." 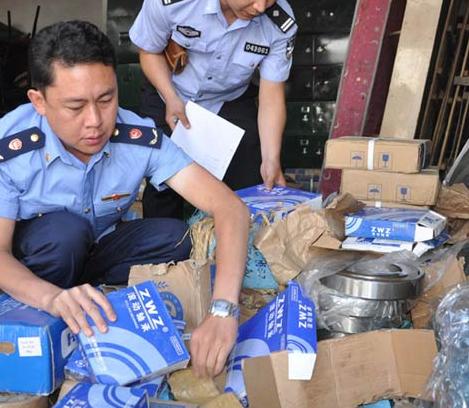 2. Put the inferior bearing and small factory bearing on the trademark of Dachang, and counterfeit the internal and external packaging and certificate of the famous big factory products.

6. In the original goods, the counterfeit goods are imported.

8. Customers should give counterfeit goods when they want cheap goods, and give original goods if they are of good quality.

Second, if the above still does not distinguish between true and false, then it is necessary to distinguish from experience.

Often the basic price of a regular brand is the same, there will not be such a high and low price, how to appear, you need to be careful not to be blinded by the immediate interests. If the price is much lower than normal, it may be fake. It is not recommended to buy. The appearance color of the bearing can fully reflect the material of the bearing product. Some manufacturers use the article on steel to reduce the steel model and replace the steel product with the second charge. The appearance color is mostly white, and the bearing steel is biased. Green has a clear distinction, and the color of the bearing is a good way to identify these low-cost materials. 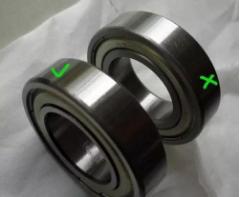 2. Is there any turbid oil on the surface?

Whether there are turbid oil marks on the surface requires special attention when purchasing imported bearings. Since the domestic anti-rust technology has a certain gap with the foreign advanced manufacturing countries, it is easy to leave a thick oil trace when the bearing body is rust-proof, and it feels sticky and sticky when touched by hands, and foreign original There is almost no trace of rust preventive oil on the imported bearings. According to industry insiders, people who are particularly attentive can smell a special taste on imported bearings. This is the smell of rust-proof oil, just can't see it.

3. Whether the chamfer is average

The so-called chamfering of the bearing, that is, the intersection of the horizontal and vertical faces, the counterfeit bearing products are handled unsatisfactorily at the corners of these corners due to the limitation of production technology, which we can easily distinguish. For example, the kf bearing chamfers mostly show a black smooth feeling, but there are blocky marks in the black (can not be seen), which is a process left by quenching. Nsk bearings <Generally show a milky or gray irregular pattern at the chamfer, which is also a trace of quenching. Due to the different origins of fag, Korea has a beautiful appearance, and the Portuguese-made sealing cover protrudes (like a toad). The fake bearing-like black is more uniform.